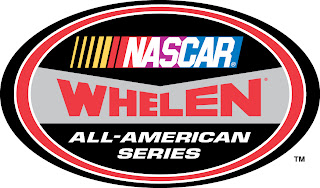 Florida is the birthplace of NASCAR and Friday afternoon, two marquee tracks in the state joined the NASCAR family.


NASCAR and track officials announced that New Smyrna Speedway and Orlando Speedway will be sanctioned tracks in the NASCAR Whelen All-American Series in 2013.
New Smyrna is a half-mile banked paved oval near New Smyrna Beach, Fla. – 25 minutes south of Daytona – and Orlando is a .375-mile banked paved oval east of the city.
Super Late Models will be NASCAR Division I at both facilities. Speedworld operates on Friday nights and New Smyrna operates on Saturdays.
Representing NASCAR at the Friday announcement at New Smyrna Speedway were Jim France, NASCAR vice chairman and executive vice president; George Silbermann, NASCAR vice president, regional and touring series; and Bob Duvall, NASCAR senior director, business development. They were joined by New Smyrna general manager Terry Roberts, Orlando track promoter Ozzy Moya, and Robert Hart, who owns both tracks.
“Sanctioning New Smyrna Speedway and Orlando Speedworld is important to our NASCAR Home Tracks program,” Duvall said. “Partnering with two well-established race tracks in central Florida is energizing the local racing community.
“These tracks are known for entertaining competition among top-notch drivers,” Duvall said. “With NASCAR, they have a new platform for recognition on local, state and national levels. Track owner Robert Hart created mainstays for weekly racing in Florida. We look forward to working with him and officials at both tracks.”
Hart represents the second generation of his family’s ownership of the facilities.
“We’ve enjoyed longtime friendships with folks at NASCAR,” Hart said. “My dad (the late) Clyde Hart was thinking about this 15 years ago. Now is the time to do it, and I have a feeling our new relationships are going to work out really well.”
Moya operates Orlando Speedworld via lease from the Hart family. The two tracks will work together under the NASCAR Whelen All-American Series banner.
“We spent the past year reviving and improving Lakeland (Fla.) Dragstrip, and we’re proud of what we’ve done there in a short period of time,” Moya said. “We plan to do the same with Orlando Speedworld and renew its status as one of Florida’s premier short tracks. This is a great opportunity and it’s generating a lot of excitement.”
“My parents came to America from Cuba. They came here and worked hard for success,” Moya said. “I’m following their path. Part of our promotions will be aimed at creating new race fans in central Florida’s Hispanic community.”
David Rogers of Orlando, Fla., won the 1994 NASCAR Whelen All-American Series national championship at a former central Florida paved track. His undefeated season of 22 wins in 22 starts is legendary in NASCAR short-track racing. The 40-year racing veteran is excited about returning to NASCAR racing.
“Obviously I like it,” Rogers said of the new era. “This is good for our tracks and for NASCAR. The racers will benefit from the NASCAR Whelen All-American Series. They’re going to find out how important weekly racing is to NASCAR. This will work out good.”
With their Division I designation, NASCAR-licensed Super Late Model drivers are eligible to compete for NASCAR Whelen All-American Series championships at the track, state and national level.
The track operators will designate support classes as NASCAR Divisions II-V and each will compete for points in the NASCAR Finalist program. The program brings added recognition to support division drivers.
Entering its 32nd season, the NASCAR Whelen All-American Series is NASCAR’s national championship program for weekly short track auto racing. More than 50 tracks throughout the United States and Canada participate. Asphalt Late Model driver Lee Pulliam, 24, of Semora, N.C., won the 2012 NASCAR Whelen All-American Series national championship.
The track websites are http://newsmyrnaspeedway.org and http://orlandospeedworld.org. More information on the NASCAR Whelen All-American Series is available at http://hometracks.nascar.com.
Posted by Dave Moody at 5:19 PM