Joe Gibbs Racing has announced that Reser’s Fine Foods will sponsor five races in the NASCAR Nationwide Series with driver Matt Kenseth in 2013.


“NASCAR and Joe Gibbs Racing offer the perfect fit for Reser’s,” said Mark Reser, president and CEO of Reser’s Fine Foods. “The fan base aligns perfectly with our consumers and our partnership with JGR provides a tremendous marketing platform to support our business. We are looking forward to increasing our brand awareness, growing distribution, and to borrow a racing term, accelerating retail sales across the country.”
Reser’s began selling its now famous potato salad in 1950. Since then, the company has grown to become the No. 1 national brand of deli salads, and makes hundreds of other comfort foods that make fun times easy and affordable for every family. “From picnics, to tailgaters, to a day at the race track, we are proud to be part of the extended American family,” states Reser.
“It’s good to be back in the Nationwide Series,” said Kenseth. “I’m proud to represent Reser’s. Although I know it won’t be easy for me with so much great competition in the Series, I’m hoping I can deliver some fun times with a few wins on the track.”
Kenseth last raced in the Nationwide Series in 2011, when he won his only start of that year in the May race at Charlotte Motor Speedway. For his career, Kenseth has started 248 races in the Nationwide Series and recorded 26 wins with 118 top-five and 168 top-ten finishes. He has also claimed 16 pole awards in the Series. 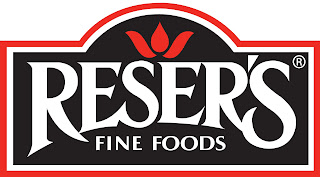 Reser’s will be an associate sponsor for the entire NASCAR Nationwide series, and the No 18 Reser’s Toyota will appear in five races in 2013 beginning with the March race in Phoenix. Reser’s complete 2013 racing schedule includes the March 2 race at Phoenix International Raceway, the April 12 event at Texas Motor Speedway, Charlotte Motor Speedway on May 25, Sept. 6 at Richmond International Raceway and Oct. 5 at Kansas Speedway. Those events are subject to change.
Kenseth has Nationwide Series career wins in Phoenix, Texas and Charlotte, but has yet to visit Victory Lane in Richmond or Kansas. JGR has won four and three times, respectively, at each of those tracks.
“We are happy to have Reser’s come on board with Matt in our Nationwide Series program,” said J.D. Gibbs, president of JGR. “As a new sponsor, Reser’s is a perfect fit for our sport. It is an impressive company with tremendous success and we plan on providing that same level of success on the track and working to assist them in reaching their marketing goals.”
Posted by Dave Moody at 1:16 PM