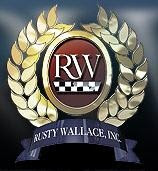 Officials of Rusty Wallace Racing, LLC announced today that the organization will make a return to the NASCAR Nationwide Series, campaigning the No. 66 Ford Mustang in a limited 2013 campaign.


At the helm of the No. 66 car will be 25 year-old Steve Wallace. Wallace, a perennial top-ten competitor in NNS competition, scored his third-straight Top-10 finish in Nationwide points in 2011. The same year, Wallace made his NASCAR Sprint Cup Series debut, capturing a lead-lap top-20 finish in the Daytona 500.
Backing a portion of the effort will be Charlotte, NC-based mortgage and real estate firm, Richard Tocado Companies. Tocado will serve as primary sponsor of the No. 66 Ford Mustang beginning with the May 2013 NNS event at Charlotte Motor Speedway, with additional events to be named later.


Founded in 1999, Richard Tocado Companies has a nationwide network of Realtors and loan officers dedicated to helping race fans save money, and providing them with a great mortgage and real estate experience. Fans will soon be able to take advantage of a special Rusty Wallace Racing Incentive Program, by visiting the Richard Tocado website at http://www.homewithrichard.com. The site will also include exclusive video content and giveaways featuring Rusty and Steve Wallace.
"We're really excited to have the Richard Tocado Companies on board with our team,” said Rusty Wallace. “In this economy, everyone is looking for ways to save money and Richard Tocado has done just that for a lot of folks. We're looking forward to helping race fans have a great mortgage and real estate experience.
"We're also excited about getting back to a little bit of racing. I think we all learned a lot over the last year or two and we're looking forward to having the opportunity to show it. Our goal for 2013 is to compete in 10-15 events. We're looking forward to growing our relationship with the Richard Tocado Companies and are very positive about what the future holds."
Posted by Dave Moody at 3:22 PM