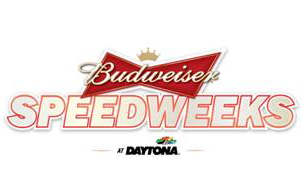 NASCAR and Sprint confirmed today that fans will have a direct impact on several competition elements of the newly titled The Sprint Unlimited At Daytona, the 75-lap non-points race that opens the NASCAR Sprint Cup Series season.


Fans will play an integral part in how the fan-favorite race unfolds on Saturday, February 16 (8 p.m. ET, FOX, FOX Deportes, Motor Racing Network Radio and SiriusXM Satellite Radio) at Daytona International Speedway. By casting their vote, fans are invited to design several competition aspects of the preseason event, including the number of laps in each segment, the type of pit stop teams make after the first segment and how many cars will be eliminated after the second segment. Votes can be cast on NASCAR’s new official mobile app – NASCAR Mobile ’13 – or at NASCAR.com/SprintUnlimited. All votes made through the NASCAR Mobile ’13 app will count twice.
“We are excited to provide our fan base this first-of-its-kind opportunity to directly be involved in determining the race’s format and in-race decisions,” said Robin Pemberton, NASCAR vice president of competition. “By allowing our fans this type of interaction, it is our hope that more fans will be tuned in to the event than ever before.”
The voting window for the race format will close on Wednesday, February 13 at 11:59 p.m. ET. The voting windows for the pit stop and elimination will close at various times throughout the race broadcast. Vote results will be relayed to teams during each segment and announced live on the FOX race broadcast.
“Giving fans such a strong voice in the design of the race is a fitting way to launch our 10th season in the sport,” said Steve Gaffney, Sprint vice president of corporate marketing. “We are giving them the ultimate access to the sport, the decision-making power to sculpt the type of race they want to see. With today’s technology, they can make these decisions in real time as the race is happening.”
“Sprint has been a great partner for the sport and I applaud them for developing new and innovative ways to give the race fans an unprecedented role in The Sprint Unlimited,” said Joie Chitwood III, Daytona International Speedway president. “We have some of the most passionate and knowledgeable fans in sports and I’m looking forward to seeing the choices they make and how it will impact this exciting star-studded event.”
Fan voting categories, include:
Length of each of the three race segments:
Choice A: 40 laps, 20 laps, 15 laps
Choice B: 35 laps, 30 laps, 10 laps
Choice C: 30 laps, 25 laps, 20 laps
Race format voting ends at 11:59 p.m. EST on Wednesday, February 13.


Fans are encouraged to follow @NASCAR and @MissSprintCup on Twitter to engage in the #SprintUnlimited conversation throughout the voting window.
Posted by Dave Moody at 12:42 PM