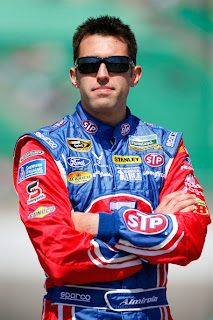 
With a 10th-place run at Talladega last Sunday, the team moved into seventh in Sprint Cup Series championship points, a first for any Richard Petty Motorsports team after 10 races. The No. 43 team is just six points out of sixth place and has a 14 point lead on 11th.
Almirola made his Darlington debut last season with the No. 43 team, where he started in the 13th spot and finished 19th. The Tampa, Fla., native also has two Nationwide and one Camping World Truck Series start at the legendary 1.37-mile track. His best Darlington start (fourth) and finish (ninth) came in his lone truck start in 2010.
"We sure are on a roll lately,” said Almirola this week. “I think we are the only people that aren't surprised we are seventh in points and have the longest current Top-10 streak in the series. Todd (Parrott), the guys and I are really clicking. We worked hard over the off-season to maintain our momentum, and it worked. We just need to keep it up, and start moving to Top-5s and hopefully a win soon.
"Darlington is a really tough track,” he said. “Last year, I felt like I learned a lot during the race and got into a good rhythm by the end. We had a decent finish for my first time out and only a few 'Darlington stripes.' Todd has a great track record here, so I should be able to feed off of his experience. Obviously, our goal is to get another top-10 finish, but we are really eyeing victory lane. I think if we can put ourselves in a good position during the majority of the race, we can have a good shot at getting the 43 its first win since 1999."
Veteran Crew Chief Todd Parrott knows how to get around the 'Lady in Black.' In his 23 starts as crew chief, he has an average start of 12.9 and finish of 11.1, including three wins and three poles.
"Darlington is a very difficult track,” said Parrott. “You never know when the 'Lady in Black' will come out and bite you. It's a long race from daylight to night, so it's really important to keep up with the track changes and make the right adjustments. Our team's relationship is stronger than ever, which is important here. It will be key to have good communication from Aric about what the car is doing, so we can stay ahead of the track with changes."
Posted by Dave Moody at 2:14 PM