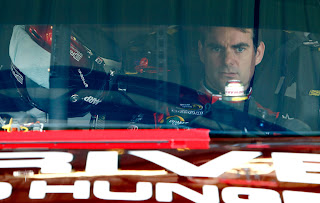 Jeff Gordon is preparing for his 700th career NASCAR Sprint Cup Series start this Saturday night in the Bojangles' Southern 500 at Darlington Raceway.


Darlington Raceway has earned a few nicknames since it opened in 1950. Called "The Track Too Tough to Tame" and "The Lady In Black," the 1.366-mile South Carolina track commands respect. A new element -- the new Generation-6 race car -- will be added to the mix this weekend, but the winning recipe will still include a healthy dose of respect.
"The Chevy SS will be fast and have a lot of grip," said Gordon, driver of the No. 24 Cromax Pro Chevrolet, "but racing the track while working traffic will be as tough as ever.
"I always look forward to racing here,” he said. “It's a great track that is fast and exciting, but it's one you must respect. We've run well here the last couple of times, so I'm looking forward to the event."
Saturday's race will mark Gordon's 700th start -- all consecutively -- in NASCAR's premier series. The four-time NASCAR Cup Series champion comprehends the milestone, but does not focus on it.
"I've been fortunate to race this long and have the type of career I've had," said Gordon. "It's really cool to see that this will be my 700th start, but it's not something I really paid attention to. It's hard to believe I've run that many, especially consecutively."
In 32 starts at the egg-shaped oval, Gordon has three poles and 21 Top-10 finishes. He also leads all active drivers in a number of  statistical categories: wins (7), Top-5 (18) and laps led, with 1,720 laps. That’s 903 more laps than any other driver, and the equivalent of nearly 2.5 races.
"They repaved Darlington a few years back, so it's not the same track it used to be 10 years ago," said Gordon. "But it's still one of those tracks where you have to push hard but be patient.
"And it's still one of those tracks you must respect."
Posted by Dave Moody at 4:16 PM