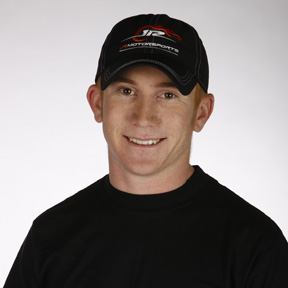 Cole Whitt will return to the wheel of a stock car Saturday in the 5-Hour Energy 200 at Dover International Speedway, as part of the four-car TriStar Motorsports NASCAR Nationwide Series team. Whitt, a former Red Bull Racing development driver who most recently drove for JR Motorsports in 2012, I scheduled to drive a TriStar Motorsports Toyota in a number of races this year.


“I’m really excited to hop back in the seat of a race car,” said Whitt. “It feels like forever since last season. I’ve had success in my four starts at Dover and look forward to taking on ‘Miles the Monster’. I am grateful for the opportunity Mark Smith and TriStar have lined up for me and I hope to have success with the No. 44 crew.”
Whitt and TriStar Motorsports, owned by veteran team owner and engine builder, Mark Smith, already have a head start working together in 2013. The 21-year-old native of Alpine, CA has been working in the shop daily as a mechanic in TriStar’s research and development department.
“We are really excited to add Cole to our driver lineup,” Smith said. “We have been watching Cole since he made his debut in the NASCAR K&N Series and he has already shown that he has the talent to win at many different levels.”
Whitt joins TriStar after earning four top-five and 14 top-10’s while driving for JR Motorsports last year. As a rookie, Whitt ended his 2012 campaign sitting seventh in the Driver Points Standings. Without sponsorship, the third-generation driver from the outskirts of San Diego was left sidelined and looking for a ride.
Arguably one of the brightest young talents in racing, Whitt will drive the No. 44 Toyota at “The Monster Mile” with sponsorship from Lockton. The 2008 USAC National Midget Series champion has competed at the one-mile oval in four previous events with his best overall finish coming from the 2011 NASCAR Camping World Truck Series race. Whitt battled door-to-door with Kyle Busch in the closing laps before settling for second after leading 23 laps.
Whitt hopes to top that performance on Saturday as the NASCAR Nationwide Series descends on Dover International Speedway. Watch for Whitt and his No. 44 Lockton Toyota when the field takes the green flag at 2:30 p.m. ET.
Posted by Dave Moody at 12:40 PM