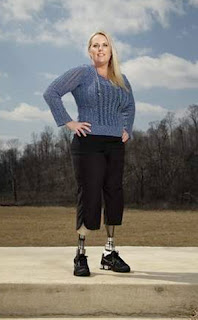 
Each year, the grand marshals for the race have been mothers of the NASCAR Sprint Cup Series drivers, a tradition that fans, drivers and families alike have enjoyed.
“This is a fun and unique opportunity each year for Darlington Raceway and the NASCAR Sprint Cup Series drivers to honor their moms on Mother’s Day weekend,” said Darlington Raceway President Chris Browning. “This weekend makes Darlington Raceway a special place to be, not only for the drivers, but for the fans that are attending the races and spending time with their moms, as well. It gives everyone a chance to honor their mothers at this special Mother’s Day weekend event.”
Drivers’ moms including Carol Bickford (Jeff Gordon), Gaye Busch (Kurt & Kyle Busch), Tammy Kahne (Kasey Kahne), Beverly Ragan (David Ragan), Janna Bowyer (Clint Bowyer), Kay Keselowski (Brad Keselowski), Brenda Jackson (Dale Earnhardt Jr.), Mary Lou Hamlin (Denny Hamlin) and Carol Mears (Casey Mears), will once again give the command to start engines this weekend. They will be joined by a special honorary mom, Stephanie Decker, who has her own story of courage and perseverance to tell.
Decker, a resident of Henryville, Ind., was injured while shielding two of her children from a devastating tornado that hit their home in March of 2012. Decker lost the use of both of her legs in the incident and now utilizes prosthetics to walk.
Her uphill battle to walk again became a national news story of courage, leading to the creation of the Stephanie Decker Foundation, supporting prosthetics for kids and access to leading-edge prosthetics for every person.
“As a parent, we would do anything to take away the pain and hurt from our children,” said Decker. “Since this accident, I have told people many times that if I can replace the bad memories of March 2, 2012, with good memories for them, then that's exactly what I am going to do.
“We are so excited to visit Darlington Raceway and become part of the NASCAR family! We love what NASCAR represents and how they are stepping up to support the Stephanie Decker Foundation and spread our message.”
For more information on the Stephanie Decker Foundation or to inquire about having her share her inspirational story as a motivational speaker, visit http://stephaniedecker.com/home. Tickets to the upcoming NASCAR Sprint Cup Series Bojangles’ Southern 500 on May 11 and Nationwide Series VFW Sport Clips Help a Hero 200 on Friday, May 10 can be purchased by calling 866-459-7223 or by visiting www.DarlingtonRaceway.com. Kids 12 and under are half off for the Bojangles’ Southern 500 and FREE for the VFW Sport Clips Help a Hero 200 in general admission.
Posted by Dave Moody at 5:40 PM