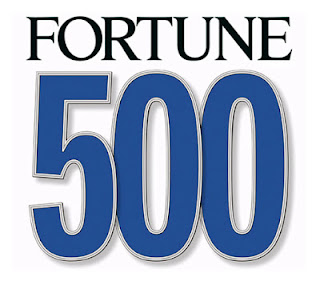 A total of 117 FORTUNE 500 companies – nearly one out of four -- use NASCAR as part of their marketing mix, according to FORTUNE Magazine’s annual list, released this month. For the second consecutive year, the number of FORTUNE 500 companies involved in NASCAR increased; with an eight-percent improvement over 2008. The analysis encompassed companies currently involved as a sponsor of NASCAR’s sanctioning body, teams, tracks and/or as media partners.


“There’s a reason the number of FORTUNE 500 companies invested in NASCAR remains higher than any other sport,” said Steve Phelps, NASCAR’s chief marketing officer. “Our fans are among the most brand loyal in all of sports. Some of the world’s biggest, most recognizable and profitable brands utilize NASCAR as a critical and powerful part of their marketing mix because it works for their business.”
Findings from a study commissioned by NASCAR and conducted by Toluna prior to the start of the 2013 season show that approximately one out of four NASCAR fans “strongly agree” that they support NASCAR sponsors more than sponsors of other sports.
“The current sponsorship landscape is as competitive as it has ever been,” said Michael Waltrip, founder and co-owner of Michael Waltrip Racing. “Our partners continue to choose to use our team to drive their brands because we have had success demonstrating value in their investment, proven by our recent partnership renewals with NAPA Auto Parts and other major corporations.”
“Regardless of a company’s entry point into the sport, the demand for a quantifiable return on investment expands across all levels of sponsorship,” said Joie Chitwood III, president of Daytona International Speedway. “We take pride in delivering a best-in-class experience and valuable branding opportunities to a number of powerful companies on an annual basis.”
To be eligible for the FORTUNE 500, a company must be based in the U.S. and publicly traded. Though many companies on the FORTUNE 500 utilize NASCAR as part of their business-building strategy to develop their customer base, strengthen market share, and increase value for their shareholders, only industry partners, media partners, and licensees involved in the sport were counted in the analysis. Companies invested in the sport solely as advertisers were not counted.
Although being a FORTUNE 500 company is the gold standard of success for publicly-traded companies in the United States, there are several global corporations currently involved in NASCAR that were not included in the analysis because they do not meet FORTUNE’s criteria. A number of those blue-chip brands not qualifying, but are involved significantly in the sport, include MillerCoors, Mars, Toyota and McLaren.
Posted by Dave Moody at 1:23 PM