Johnson On Point Lead: "We Need To Stay Aggressive" 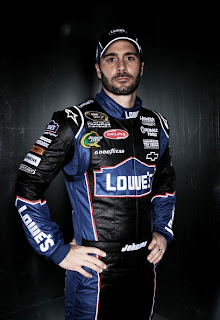 "It goes without saying that every driver is excited to be in Darlington," said the five-time Sprint Cup Series titlist. "We know and understand the impact and the meaning of this race track and what it has done for our sport; the early years and everything in between. I’m very happy to be here. I love driving this race track."


Despite winning last year’s Southern 500 – the 200th Sprint Cup Series victory for Hendrick Motorsports --  Johnson said he is “not sure what to expect” from this year’s race. “(The track) is aging and hopefully we get back to a real porous race track that wears out tires and puts on a great show. It’s a track that has -- in my opinion -- the highest sensation of speed of anywhere we go. This track is narrower than any track and we are at 200-something miles an hour down the backstretch going into (Turn) Three. It gets your attention.
“The track is so narrow, it’s tough for us to race at times,” he said. “Especially on new tires, you can’t run side-by-side around here. But once we get some laps in and get the tire wear going, there is some good passing that takes place. I would assume that strategy is going to be a big part of why the winner ends up in Victory Lane.
With nearly a full-race lead on the competition coming to Darlington, Johnson admitted that his 2013 season is off to a tremendous start.
“It really has been a good start for the team,” he said. “Clearly the points show that, but I look through it to wins (and) how prepared our team was for all types of racing. I would say our worst race was in Fontana (and) we still managed to get a 12th due to a lot of cautions at the end. We kept pitting and putting tires on and were able to move our way back up through the field. (We only had) one major issue; at Bristol when I blew the right-front (tire) and had a poor finish.”
Despite that strong start, Johnson said NASCAR’s new Gen-6 Race car is still “a moving target. We are still learning the car, and each week there is something new that we discover about the car and try to use to make our vehicles faster. We are chasing a moving target right now, but off to a great start and I’m happy about that. I’m happy to come back to a track that we have won at.
“That always helps the team walk in the gate and start that first practice session with a lot of confidence.”
Asked if this feels like any of his five previous championship season, Johnson said, “Every year has its own feel. It’s still so early, I can’t draw a conclusion to the year yet.
“I always try to check some boxes,” he said. “`Win a race’ is a huge one. `Win a pole, (and ) win multiple races’ with the seeding process and the Wild Card for the Chase. We have worked through some of those check marks pretty quick. As the year wears on, the focus still is on making the Chase, which we are probably in good position for with our two wins.
“I don’t want to guarantee anything there , so we are really just going down the road right now. I can’t draw any big conclusions, but I’m very proud of where we are at. I think it reflects the hard work that was put in during the off season. We need to stay aggressive and keep working hard and see once we get close to September what we have for everybody.”
Posted by Dave Moody at 1:02 PM