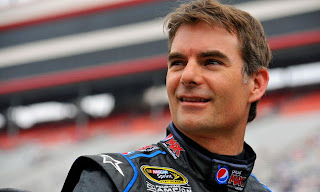 Saturday night's NASCAR Sprint All-Star Race may be “pointless” when it comes to the championship, but four-time series champion Jeff Gordon says it provides a valuable learning tool for his No. 24 Cromax Pro team.


Gordon, a three-time All Star winner (1995, 1997 and 2001), believes aggression is key in the race, which will be split into four segments of 20 laps each and one final 10-lap sprint to the checkered flag.
"The All-Star race is kind of a 'win-or-nothing' scenario, and that's not the case on other race weekends," said Gordon, who captured his 300th Top-5 finish in his 700th career start last weekend. "I've always approached it being as aggressive as I possibly can.
"We push hard trying to win every race, and this weekend is no different. The only difference is there are no points on the line. While the segments are short and it's a different type of race compared to the next weekend's '600,' it does give us a chance to learn what may or may not work for next weekend."
Crew chief Alan Gustafson agrees, saying, “We are learning with every lap we make in this new Chevy SS," said Gustafson. "The segments we run this Saturday night are much shorter than what we expect to run during the '600,' but it should give us a good early indication of what will work ahead of that points race."
The Sprint All-Star Race starting lineup will be determined Friday night with a three-lap qualifying run that includes a mandatory pit stop. Gordon will try to put himself in a position to win much earlier, though.
"We'll push hard in practice to get the car really good over a 10 or 15-lap run," said Gordon. "With the shorter amount of laps (in a segment), those 10-15 lap runs are where you can really make up positions and put yourself in a position to win during that final segment.
"I really enjoy this event and I love the energy from the crowd. Those last 10 laps should be exciting for them.
"And us."
Posted by Dave Moody at 4:18 PM