O'Connell To Drive For JR Motorsports At Road America 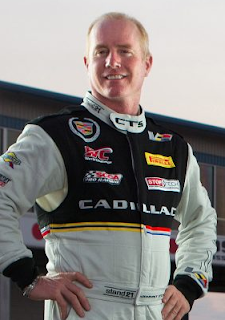 
O’Connell, a longtime GM factory driver and recent inductee into the Sebring Hall of Fame, will drive the No. 5 CorvetteParts.net Chevrolet at Road America, the first of three road-course venues the Nationwide Series will visit in 2013. This will mark O’Connell’s first-ever race in a NASCAR stock car.
CorvetteParts.net is a subset of Keen Parts Inc., a leading supplier of Corvette restoration parts. It specializes in Corvette restoration parts ranging from vintage 1953 models to customized accessories for today’s Corvettes. The company’s current inventory boasts more than 18,000 parts and accessories.
“Needless to say, I’m extremely excited about the opportunity Dale Jr. and Kelley have presented me,” O’Connell said. “Over the years, competing in NASCAR is something I’ve always wanted to do, but I never thought I’d get the opportunity. To be given that shot with JR Motorsports is something that I fully expect to dedicate 100% of my effort to, and I truly appreciate CorvetteParts.net for stepping up to support our team. I plan to give them all I have.”
A native of Poughkeepsie, N.Y., but longtime resident of Flowery Branch, Ga., O’Connell is considered one of the most successful GM factory racecar drivers from the United States. He is a three-time American Le Mans Series champion for Corvette Racing and current World Challenge champion for Cadillac. He won the 2001 24 Hours of Daytona for Corvette Racing. He has eight total wins in the 12 Hours of Sebring – more than any other driver – and an overall title in 1994.
Most recently O’Connell won the fourth round of the Pirelli World Challenge GT Cadillac Sports Car Challenge at Circuit of the Americas on May 18. He is the defending series champion with Andy Pilgrim.
O’Connell tested with JR Motorsports at Virginia International Raceway on Mon., May 27, and is scheduled for another test session prior to the June 22 race at Road America.
Posted by Dave Moody at 4:34 PM