Gordon Ready For 700th Start, Unsure Where The Road Will End 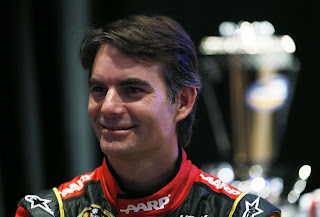 As Jeff Gordon to make his 700th NASCAR Sprint Cup Series start Saturday night at Darlington (SC) Raceway, he said he never dreamed of starting that many races.


“I’m excited,” said the four-time Sprint Cup Series champion. “Hopefully, we can start this race tomorrow night from a good position. We had a pretty good qualifying (run) in practice, and hopefully we can make the right adjustments, guess right for the conditions, take advantage of that late draw and get us a really good start for that 700th.
“I’m excited it’s happening here at Darlington,” admitted Gordon. “I’ve known for a while that this is the location for that to happen (and) this has been such a special track to me over the years. There has been a lot of effort over the years from a lot of different people; crew chiefs and pit crew members who have contributed to those 700 starts. So, I’m very proud of that and excited about the weekend.”
With 700 starts now looming on the horizon – all of them consecutive – Gordon said he hasn’t even considered the possibility of eclipsing Ricky Rudd’s 788-race consecutive start record.
“Never say never,” said Gordon, “but to me, that is like David Pearson’s 105 wins. It’s too far out there. You have to get closer before you can think realistically about those things. I never dreamed I’d make 700 consecutive starts. It’s just an amazing thing for me to try to swallow right now. A lot of things happened over the years, so, I’m just enjoying the moment right now… and not thinking ahead too much.
Gordon said he is looking forward to tomorrow night’s race, an event he believes will mirror Darlington races from the past.
“The track is starting to get like the old Darlington was, and I like that,” he said. “I like slipping and sliding around. This track has changed a lot over the last few years, because of the re-pave. I’m starting to see it get back to the way it used to be, where you really have to drive the car, manage the tires and stay out of the fence.
“Darlington was (a track) that I loved right away,” he said. “It reminded me of a Winchester or Salem, where you have to be aggressive. It’s fast, you run right up next to the wall and it can be very intimidating, but I enjoyed that challenge.
While not planning a retirement party anytime soon, the Hendrick Motorsports driver said he doesn’t know how much longer his driving career will continue.
“It’s so far out there (that) I’m not thinking about it,” he said. “How many races will I be at by the end of this season? That’s the only thing I’m looking at right now. I never have been one to look that far ahead.
“We’ve typically just looked at where our sponsors’ agreements are, or where my contract was. With a lifetime contract, I don’t look at the contract anymore. I just look at what are our sponsors, how are they signed, how am I feeling and how competitive am I? Does Rick want me in the seat and am I valuable to the organization? Once you get those questions out of the way during the off-season, you just go and drive the wheels off of it and do your best as a driver.
“I pretty much look at one year at a time at this stage. So I don’t know if that’s going to take me five more years or one more year. I really don’t know.”
Posted by Dave Moody at 6:35 PM