Keselowski Out Of Bristol Nationwide Race

Brad Keselowski will be sidelined from the NASCAR Nationwide Series for at least one more week, with Parker Kligerman replacing him in Penske Racing's #22 Discount Tire Dodge in Friday night's Food City 250 at Bristol Motor Speedway. 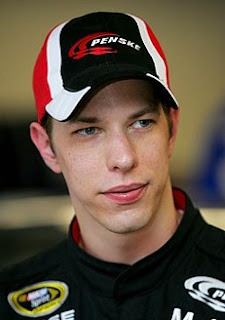 Keselowski has sat-out the last three Nationwide Series events while recuperating from a broken left ankle suffered in testing at Road Atlanta earlier this month, and Penske Racing President Tim Cindric announced today that the team will continue to err on the side of caution for at least another week, allowing Keselowski to concentrate his efforts on the NASCAR Sprint Cup Series.

"Parker Kligerman will drive the No. 22 Discount Tire Dodge this weekend in the NASCAR Nationwide Series race at Bristol Motor Speedway," said Cindric. "Brad Keselowski is still healing from an ankle fracture and strained back... and his condition will continue to be monitored on a race-by-race basis."

Sam Hornish, Jr., subbed for Keselowski in the U.S. Cellular 250 at Iowa Speedway August 6, finishing 24th after qualifying on the inside of the second row. Kurt Busch drove the #22 Dodge to Victory Lane on the road course at Watkins Glen International rwo weeks ago, while Jacques Villeneuve qualified on the pole last weekend at Montreal's Circuit Gilles Villeneuve before crashing out of the race en route to a 27th place finish.

The time off has clearly benefited Keselowski, who has finished no worse than third since being injured. He won in his first outing since the crash at Pocono Raceway three weeks ago, then finished second at Watkins Glen behind winner Marcos Ambrose. He was third Sunday at Michigan International Speedway, trailing only winner Kyle Busch and runner-up Jimmie Johnson. He has surged from 21st to 12th in championship points during that three-race span.