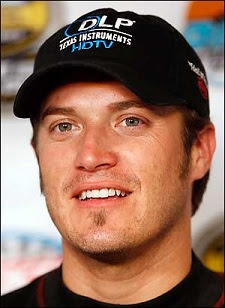 Yeley has seven Sprint Cup career starts at the 1.54-mile Atlanta oval, with a career-high finish of 15th in 2006. He will replace Travis Kvapil in the #38 Ford on a one-race basis, before returning to the team's #55 Ford at Richmond September 10. "It'll be great to have the Vampt brand on the No. 38 Ford Fusion at Atlanta," said Yeley. "They're a cool new company with a refreshing, ultra-premium product. We're looking forward to introducing it to NASCAR fans. Atlanta Motor Speedway is a great place for their debut. It's fast and intense and a great place to race. It's one of the big holiday-weekend races that will have a huge viewing audience, so it will be great initial national exposure for them."

"We're always willing to help new companies get into the NASCAR Sprint Cup Series," said FRM owner Bob Jenkins. "We're still a young team, still building, and new partnerships are important to us. Vampt and Genuine Partners have been great to work with thus far and it would be great if J.J. can give them a strong debut run in Atlanta. We look forward to growing our relationship with everyone at Vampt."