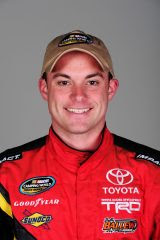 Sieg is currently ranked 24th in the Truck Series championship standings, after competing in 12 of the 15 events so far this season. He did not compete Saturday at Michigan, with driver Casey Roderick driving the #93 Chevrolet usually driven by Sieg to a 29th place finish. Sieg, the older brother of fellow NASCAR Camping World Truck Series Ryan Sieg, has not commented on his suspension.