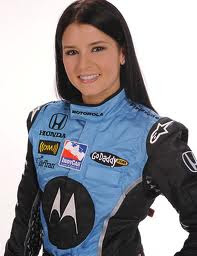 The beating heart of NASCAR Nation is all a-flutter today, with news that Danica Patrick will finally announce her plans to become a full-time NASCAR Nationwide Series -- and part-time Sprint Cup -- driver in 2012.

ESPN's Marty Smith reported today that an official announcement will come next week, confirming what has become the worst-kept secret in NASCAR, if not all of motorsports. Patrick will confirm that she will steer the #7 GoDaddy.com/JR Motorsports Chevrolet that she has driven in a limited schedule of Nationwide events this season, and will also contest a limited schedule of Sprint Cup starts, presumably in Chevrolets fielded by Stewart-Haas Racing. Plans reportedly call for a move to the Sprint Cup Series full-time in 2013.