Bruton: "I'd Buy The Carolina Panthers" 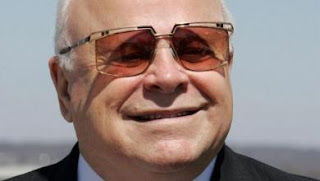 
Richardson said recently that he intends to make $300 million in improvements to Bank of America Stadium, and wants the city of Charlotte and state of North Carolina to foot much of the bill. In return, he offered to keep the team in Charlotte for the next 15 years. If he is unable to secure public funding, Richardson said the team could be sold following his death and moved to another city.
Smith, who threatened to move Charlotte Motor Speedway out of Concord when city officials balked at his plan to build Z-MAX Dragway in 2007, told Larson that he is interested in buying the Panthers, saying, “Do you think he is interested in selling? If the price is right, I’d be interested.”
Smith also pledged to run the team and BoA Stadium with no public funding, saying, “I would commit to the city – and I would not ask for money.”
Smith said he has not spoken to Richardson about a possible sale of the team.
Posted by Dave Moody at 10:09 AM