Gordon Wants No. 88 At Daytona 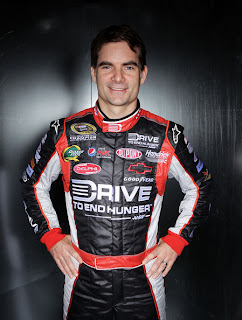 
The victory at Homestead allowed Gordon and his Drive To End Hunger team to carry momentum into the off-season. But with the introduction of NASCAR's Gen-6 race car for 2013, there was not much down time for the team to prepare a fleet of Chevrolet SS racers.
"To have a great finish like we had at Homestead and take that into the off-season was a big plus and a big positive for us," said Gordon. "It helped us stay energized through the off-season to get ready for this new season. No matter what changes occur - whether they're very little or big changes like we've had with the new car - the team can rally around that and it's a great boost. You need a lot of energy over the off-season.
"I don't think anybody is better than Hendrick Motorsports when it comes to adapting to new cars and being prepared. I feel very confident in the team - and our organization - to come out strong and remain strong throughout the year."
In 40 starts at Daytona, the all-time leader in restrictor-plate victories has six wins, three poles, 12 Top-5 and 19 Top-10 finishes. And while conventional wisdom says a strong result in the season-opening Daytona 500 carries through an entire season, Gordon begs to differ.
"Not necessarily," said the 1997, 1999 and 2005 winner of NASCAR's biggest race. "We've won the 500 and the championship in the same season (in 1997), but we've also crashed out of the event but still won the championship (in 2001).
"We've also won our biggest race and not made the Chase (in 2005)."
With the new car, there are a lot of unknowns entering Speedweeks. With a new name and a new format, there are alot unknowns ahead of the February 16 non-points event for pole winners from the 2012 season, The Sprint Unlimited.
"I'm excited about the Sprint Unlimited - it's going to be unique and different," said Gordon, whose 20 consecutive years with a pole is tied for most all-time with David Pearson. "I think it 's a really cool idea that has engaged the fans and given them a 'say' in what will happen during the event. From what I understand, we're not even going to know our starting positions until we show up for driver introductions. I think that's cool.
"The Sprint Unlimited also gives us a great opportunity for the drivers to understand what we're dealing with for the Budweiser Duels (qualifying races on Thursday) as well as the Daytona 500. I think the racing at Daytona will be extremely exciting, and the new car will push us to explore all options to see what might work in the draft - especially what might work with only two or three laps-to-go.
"If a driver can find an advantage in the draft, you can be sure it will be exploited in the final laps of the Daytona 500."
Posted by Dave Moody at 12:24 PM