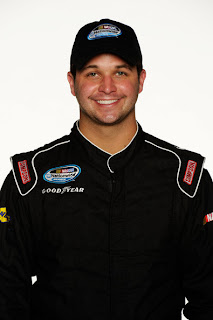 The Motorsports Group has signed Reed Sorenson to pilot its No. 40 Chevrolet Camaro in the 2013 NASCAR Nationwide Series, starting with the season-opening event at Daytona International Speedway on Saturday, February 23.


Sorenson comes to TMG with a winning Nationwide Series résumé. The Peachtree City, Georgia native, has four victories in the series -- most recently at Road America in 2011 -- and has earned two Top-5 finishes in the championship point standings (2005 and 2011). He competed in 19 NASCAR Sprint Cup Series races last year for various organizations.
"I'm thankful of the opportunity that Curtis (Key, team owner) and TMG are giving me," said Sorenson. "I think we've got a car that can run really well at Daytona, and you saw it with last year's race, anything can happen there. If we position ourselves correctly, we have an opportunity for a respectable finish."
Sorenson has four career Top-5 finishes at Phoenix International Raceway and two Top-10 finishes at Las Vegas Motor Speedway. Phoenix and Las Vegas serve will host the second and third races on the 2013 schedule.
TMG owner Curtis Key is thrilled about Sorenson's addition to the team.
"We are glad to have Reed join our team this year," said Key. “He is a very talented driver as he has shown in the Cup and Nationwide series by winning poles and races and leading laps. Talent is what we look for, and we know Reed will get the job done."
Veteran crew chief Gary Showalter, a presence at TMG since 2009, will oversee the No. 40 team.
"I'm excited to work with Reed and to have him behind the wheel of the 40 car," said Showalter. "Reed has proven he knows how to win in the Nationwide Series and I feel he will bring a lot of knowledge and determination to put the car in the best spots to run well and win races."
Posted by Dave Moody at 1:47 PM