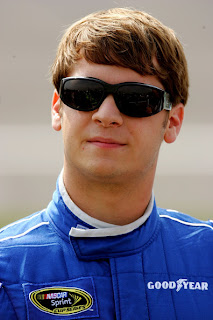 
“I’m looking forward to the challenge of helping advance Circle Sport to the next level of competition in the NASCAR Sprint Cup Series,” said Cassill. “I have been a part of and understand what it takes for an upstart organization to compete in the Cup Series. They have an established relationship with Richard Childress Racing that I believe will help us, and with the right marketing partners – a company that wants to grow their involvement in the sport – I believe we have just the right opportunity for them with the No. 33 Chevrolet.”
Cassill, who competed in all 36 Sprint Cup Series races last year for BK Racing, will mark his 2013 Sprint Cup Series debut in a specially outfitted camouflage Chevrolet SS designed by Moon Shine Attitude Attire. The Cedar Rapids, Iowa, native will be led by NASCAR veteran Mike Hillman, Sr., who has won three NASCAR championships with drivers Tommy Ellis and Todd Bodine. Circle Sport enters its second season of NASCAR competition in 2013 and continues to be owned by Joe Falk, a Virginia businessman who has been a part of the sport since the late 1990s. Falk previously fielded the No. 91 Sprint Cup entry for drivers Dick Trickle, Greg Sacks, Kevin Lepage, Mike Wallace and Todd Bodine, which included a top-five finish in 1998 season finale at Atlanta Motor Speedway.
“I have watched Landon progress as a race car driver, and it was his qualifying efforts in our Cup car in 2010 and 2011 that caught the eye of James Finch and earned him his first big break in NASCAR’s premier series,” Falk said. “Landon has a tremendous amount of potential and we believe we’re building a program that will allow him to showcase his talents. He has driven for the likes of Hendrick Motorsports and Dale Earnhardt Jr., and we feel that his experience will help our transition to the new Gen-6 race car. As we continue to build our program, we are still actively seeking marketing partners that want to grow with us and reach NASCAR’s 75 million fans through our various price points and sponsorship options.”
Posted by Dave Moody at 5:50 PM