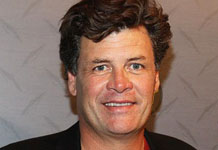 Using the biggest race of the year as a backdrop, NASCAR, Swan Racing and two-time Daytona 500 champion Michael Waltrip announced today a special tribute to raise awareness and contributions for the Sandy Hook School Support Fund.


Following a private meeting with town officials, community leaders, first responders and victims’ families last week in Newtown, Conn., NASCAR, Swan Racing and Waltrip announced that the No. 30 Lean1 Swan Racing Toyota will instead compete as the No. 26 Sandy Hook School Support Fund Toyota. Waltrip’s ride for the Daytona 500 (Sunday, Feb. 24 1 p.m. ET on FOX) will honor the 26 victims of Sandy Hook Elementary School and prominently feature a call-to-action decal encouraging the NASCAR community to make $10 donations by texting NEWTOWN to 80888.
The Sandy Hook School Support Fund, established jointly by United Way of Western Connecticut and Newtown Savings Bank, supports the healing process for the broader Newtown community including children, teachers, first responders, families, residents, mental health professionals, counselors and others, following the tragic events that occurred at Sandy Hook Elementary School in December. One hundred percent of the funds raised for the Sandy Hook School Support Fund go to meet the needs of the Newtown community.

“Americans everywhere are heartbroken about the tragedy in Newtown and Swan Racing is proud to join NASCAR and the United Way of Western Connecticut to help the community move forward,” said Swan Racing owner Brandon Davis.
In addition to piloting the No. 26 Newtown car in the Great American Race, Waltrip confirmed today that all three Michael Waltrip Racing entries will run the “text NEWTOWN to 80888” decal for the Daytona 500.
“Driving the No. 26 Sandy Hook School Support Fund Toyota is like nothing I have ever been part of in my NASCAR career,” Waltrip said. “It will be an emotional week knowing that we have the potential to do so much good for the Newtown community. I’m racing for a reason.”
NASCAR Chairman and CEO Brian France also announced today that he and his wife Amy would personally kick off the NASCAR industry support with a $50,000 donation that will be matched by The NASCAR Foundation, a 501(c) (3) non-profit that embodies the compassion of the NASCAR family and its commitment to serving communities.
“Being in Newtown last week and delivering a moment of happiness to that community was unlike anything I’ve ever experienced,” said France. “Looking out at a room of smiling faces amidst the aftermath of a horrible tragedy was very powerful. It hit me that the NASCAR industry and our passionate fan base have an unbelievable opportunity to rally around this cause and make a huge difference for a community in need. I am excited to witness firsthand the NASCAR community’s embrace and support of the Sandy Hook School Support Fund.”
The Sandy Hook School Support Fund recently announced in cooperation with the Newtown Rotary Club Foundation that funds are available to help with the immediate financial and mental health needs for people impacted by the tragic events of Dec. 14.
"One thing I can tell you for sure, is that there will be a whole lot of people in Sandy Hook and Newtown rooting for Michael and the No 26 car," said Sandy Hook Fire Chief Bill Halstead. "It will be something positive to rally around, and there will be smiles on faces that haven't smiled in quite a while."
The NASCAR community can contribute to the Sandy Hook School Support Fund by textingNEWTOWN to 80888. For fans without short-code texting plans with their wireless carriers, there are two additional opportunities to donate. Donations can also be made online at newtown.uwwesternct.org or by mail to:
Sandy Hook School Support Fund
c/o Newtown Savings Bank
39 Main Street, Newtown, CT, 06470
Posted by Dave Moody at 12:09 PM