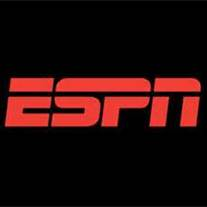 ESPN will debut a new promotional spot paying homage to the legendary No. 3 of the late NASCAR champion Dale Earnhardt during the telecast of Saturday’s season-opening NASCAR Nationwide Series race from Daytona International Speedway.


Austin Dillon drives No. 3 in the NASCAR Nationwide series; a car owned by his grandfather, Richard Childress, who also was Earnhardt’s car owner. Childress had stopped using the number following Earnhardt’s death in the 2001 Daytona 500, until Dillon began racing in the NASCAR Camping World Truck Series three seasons ago.
In the new ESPN spot, images of NASCAR fans and their reverence for the No. 3 run under a narration from Dillon, who speaks of his respect for Earnhardt, the number and NASCAR fans, as well as his desire to make his own mark in the sport.
The commercial continues ESPN’s “Names Are Made Here” campaign for the NASCAR Nationwide Series, which ESPN airs for the full season. The spot will air across ESPN programming through July.
The spot can be viewed HERE.
Posted by Dave Moody at 9:10 PM