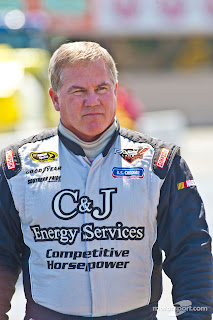 For the third consecutive year, Terry Labonte will pilot the #32 FAS Lane Racing C&J Energy Services Ford in the 55th Running of the Daytona 500.

This year’s Daytona 500 will mark Labonte’s 61st start at the famed 2.5-mile high-banked superspeedway, making him the driver with the most starts among all drivers in the history of the sport. He will pass Bill Elliott, who currently has 60 starts at Daytona International Speedway. Labonte made his first Daytona 500 start in 1979. He is also the driver with the most Top-10 finishes at Daytona International Speedway, with 26.


“We are very proud and excited to be associated with FAS Lane Racing and Terry Labonte,” commented Josh Comstock, Chairman and Chief Executive Officer of C&J Energy Services. “Like C&J, both FAS Lane and Terry have strong family values and a competitive spirit. Also like C&J, they generate more with a smaller asset base than most of their much larger competitors and deliver superior performance. This team truly exemplifies our slogan of “Competitive Horsepower”. We are looking forward to successful races together at the 2013 Daytona and Talladega events.”
“It is exciting for the FAS Lane Racing team to be heading to Daytona once again with Terry Labonte and have C&J Energy Services back with us for the third season,” said team owner Frank Stoddard. “Terry is calm and cool behind the wheel at these tracks, and I think his numbers speak for volumes. He has completed almost 90% of all laps he’s run at Daytona, so I am real happy he is behind the wheel of the #32. It is very important for our team to not only run competitive, but also finish the race and run all of the laps. 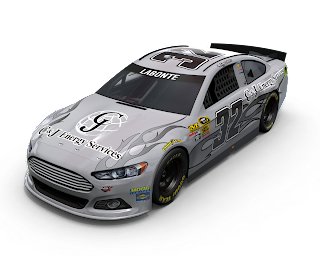 “We had a great runs during last year’s Daytona 500 and July race, but we got spun out leading the race and recovered with a top 20 finish. I am very proud of the small, core group of guys that have worked extremely hard for this team to get these cars built and ready for the Daytona 500. It has been a challenging off-season and I am looking forward to a great performance on the track during Speedweeks.”
FAS Lane Racing is entering their third full season of competition in the NASCAR Sprint Cup Series.
“Each year the program has gotten stronger and more consistent and the expectations are the precedent will continue for Daytona and the remainder of 2013,” said Stoddard. “Our restrictor plate program has been exciting to watch evolve and I am confident that this year we are more prepared and competitive than we have been in the past. I can’t wait to get to the track where we can get some track time and start seeing our hard work during the off season pay off.”
Photo: Motorsport.com
Posted by Dave Moody at 10:11 AM