Said: "We Settled Our Differences"

Boris Said told Sirius XM NASCAR Radio’s Sirius Speedway with Dave Moody that he and Greg Biffle spoken via telephone Tuesday and cleared the air after their post-race confrontation at Watkins Glen international the previous day. 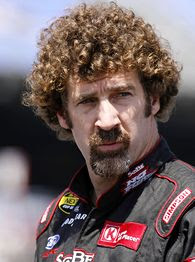 “We talked about it today, and I think we settled our differences,” said the California native, who threatened to “go see him at his house and (give him)... a freakin’ whooping” after Biffle confronted him following the race. “We had a long talk and I think we’re okay. Maybe now we’ll be lovers, not fighters.” Said insisted he was serious about fighting the Roush Fenway driver, saying, “If could have gotten to him (after the race), I’d have beat his ass. It’s a good thing I didn’t get to him. I had a bunch of people text me his address, and I would probably have been over there today if he hadn’t called me.

“There were two separate things that went on (Monday), and I just want to clarify them,” he said. “The (crash) with David Ragan had nothing to do with what happened with Greg Biffle. The thing with Ragan is what I’m most sorry about, and it really was just one of those racing deals. It was a product of double-file restarts and the green-white-checker. The way I see it – after talking with David and Jack (Roush) today – I gave him the inside in Turn One and we were drag racing toward Turn Two. Then his spotter cleared him and he came across my bow. It was a split-second decision and I couldn’t get out of the gas. I wasn’t even thinking about getting out of the gas, I was thinking about racing to the outside of him in Turn Two. It was unfortunate and I felt really bad about it.

“The issue with Biffle, I have big problems with,” repeated Said. “He was two laps down, and on one of the (earlier) restarts he was trying to wreck me. He told me I was `number one’ for an entire lap. He’s a good one-handed driver, that’s for sure. I wanted to wreck him, but I have a lot of respect for Jack Roush, (who) has helped me a lot over the years. I wasn’t going to wreck his car, so after I finally got by him, I told my spotter, `You tell Biffle that I’m going to come to his hauler after the race. I’m going to give him a free shot, then I’m going to whup his ass.’

“If had gotten to him, I’d have beat his ass,” said Said. “It’s a good thing I didn’t get to him. We talked about it today, and I think we settled our differences. We had a long talk and I think we’re okay. Maybe now we’ll be lovers, not fighters. 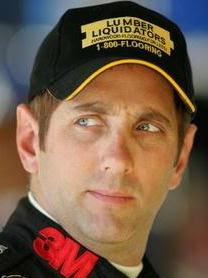 Said confirmed that he and Biffle had issues a year ago at WGI, after Biffle accused him of racing too hard and forcing a three-wide situation in Turn One. “He said I’m not a (Sprint Cup) regular and I shouldn’t be racing him hard,” recalled Said. “I could understand that if I was driving my own car, had a single trailer and was showing up to one or two races a year. But James Finch has a full-time team and he’s been writing checks to NASCAR for entry fees since long before Greg Biffle ever got there.

“When James hires me, he expects me to go 100-percent. He doesn’t expect me to let people by just because they’re in it for points. James is in it for points, too. That’s what I have a big disagreement about with Biffle. When Michael Waltrip runs two races a year, he doesn’t tell his sponsor, `Oh by the way, I’m going to have to pull over for all those (full-time) guys because I’m not running for points.’ I get disappointed and frustrated when I hear comments like that from guys like Biffle. I need to go out there and run as hard as I can, or people aren’t going to hire me to drive their cars. That’s what a guy like James Finch expects.”