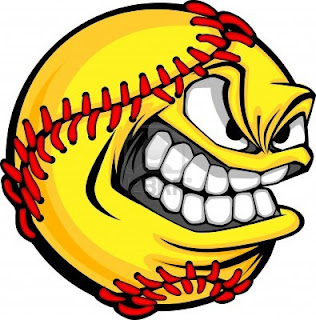 Dover International Speedway and Pocono Raceway will square off on the diamond for the second consecutive season, as both tracks announced the return of the Second Annual Celebrity Softball Game, featuring NASCAR Sprint Cup Series drivers Clint Bowyer and Kevin Harvick. The game will be played on Wednesday, April 24 at the home of the Harrisburg Senators in Harrisburg, Pa.


Bowyer, driver of the No. 15 5-hour ENERGY Toyota, will captain Team Dover, while Harvick, who pilots the No. 29 Rheem Chevrolet SS, will lead Team Pocono. In the inaugural game last year, Jeff Burton and the team from The Tricky Triangle narrowly defeated Carl Edwards and the Monster Mile team after mounting a late comeback.
Access to the celebrity softball game is free with a ticket to that night’s baseball game. Tickets for the Senators game start at just $8, and all children ages 16 and younger that wear their NASCAR gear get a free Senators Hat and free passes to the Kids Play Area. For tickets, call 717-231-4444 or visit SenatorsBaseball.com.
In addition to Bowyer and Harvick, the rosters from each team will be made up of members of national and local motorsports media, as well as other local media personalities, and a few other special guests.
As rosters are announced, they will be posted and updated at DoverSpeedway.com and PoconoRaceway.com, as well as on Facebook.com/DoverInternationalSpeedway and Facebook.com/PoconoRaceway, and on Twitter at @MonsterMile and @PoconoRaceway.
Gates for the game will open at 4 p.m. with the game beginning at 4:30 p.m. Following the softball game, time permitting, Bowyer and Harvick will throw out the first pitch for that evening’s 7:05 p.m. baseball game between the Harrisburg Senators and the visiting Reading Fightin’ Phils. The teams are the AA affiliates of the Washington Nationals and Philadelphia Phillies, respectively.
Throughout both the softball and baseball games, both tracks will be promoting and giving away tickets to their respective NASCAR Sprint Cup Series races which take place on Sunday, June 2 at Dover and Sunday, June 9 at Pocono.
The tracks have also teamed up to offer an all-new ticket package that includes a ticket for each of the tracks’ spring NASCAR Sprint Cup Series races — June 2 at Dover, June 9 at Pocono — as well as a hot dog, beverage and souvenir program for each race. The package costs $158 as the Monster Mile and The Tricky Triangle are only 158 miles apart.
NASCAR returns to Dover International Speedway May 31-June 2, 2013 for the June 2 NASCAR Sprint Cup Series race, the June 1 “5-hour ENERGY 200” NASCAR Nationwide Series race and the May 31 “Lucas Oil 200” NASCAR Camping World Truck Series race. For tickets or more information, call 800-441-RACE or visit DoverSpeedway.com.
A week later, NASCAR’s premier circuit visits Pocono Raceway for the June 7-9, 2013 “Fan Driven 400” race weekend, including the June 8 “Pocono 200” ARCA Racing Series Presented by Menards race and the June 9 “Fan Driven 400” NASCAR Sprint Cup Series race. For tickets or more information, call 800-722-3929 or visit PoconoRaceway.com.
Posted by Dave Moody at 3:24 PM