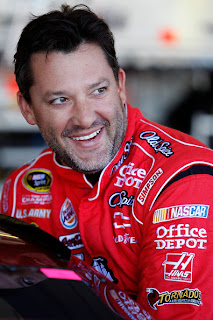 Tony Stewart said today that it is unreasonable to inflict any sort of timeline on the development of NASCAR’s New, Gen-6 Sprint Cup Series cars.


“I said it last week and I said it the week before,” said Stewart. “The one thing you have got to understand (is that) when we all built these new cars, not one of them came with an instruction manual. That is the easiest way to describe it. You literally have to figure it out as you go. It’s impossible to give you an answer, (or at least) an accurate answer.
“It is literally a work in progress,” he said. “I thought last week for a new car... (it) was a really good debut. I personally think it’s off to a great start and it’s got a lot of potential. We had good racing, we had a good finish and everybody is going to keep learning.
“Everybody has their piece of the equation that they will figure out,” he said. “You have to start somewhere, and for (the car) to debut the way that it has… has been a very positive start.”
Posted by Dave Moody at 6:43 PM