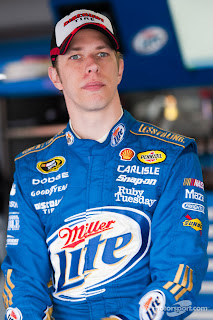 Defending NASCAR Sprint Cup Series champion Brad Keselowski has launched a new, innovative version of his website, BradRacing.com, designed to provide fans with increased access to the Penske Racing driver and Brad Keselowski Racing team owner. The state-of-the-art redesign allows visitors to access the website through any platform – desktop, laptop, tablet, or mobile – for the optimal user experience and includes a variety of features unlike any other driver site.


The website captures the raw power and excitement of racing as well as behind-the-scenes, off-track activity while chronicling the full NASCAR season of the Rochester Hills, Mich. native. All races in which Keselowski competes will feature a detailed mini-site, which includes comprehensive news updates and exclusive, high-quality multimedia content such as videos, images, stories, and analysis generated by fans, sponsors, and the driver himself. Additionally, social media aspects are integrated throughout the site, and fans are able to share content via their social channels.
“We’re fortunate to compete in a sport with such a large and loyal fan base,” said Keselowski. “This site is designed to be at the forefront of digital media and primarily with the fans in mind as a platform for them to engage and interact with me and each other in new and different ways.”
Keselowski’s followers receive exposure to aspects of his Penske Racing NASCAR Sprint Cup Series and NASCAR Nationwide Series teams in addition to his own Brad Keselowski Racing team that competes in the NASCAR Camping World Truck Series. Within these sections, profiles highlight all of the vehicles Keselowski drives or owns in NASCAR’s three major series.
Fans will also have the opportunity to contribute to a unique, interactive multimedia platform that rewards participants with exclusive prizes, including the chance to win a paid trip to the 2014 Daytona 500 as Keselowski’s guests, for posting content specific to the NASCAR star both on and off the race track. The challenge begins Friday, April 5th, and details will be provided by @Keselowski via Twitter.
Posted by Dave Moody at 5:13 PM