COMMENTARY: NRA Debate Overblown, From Both Sides Of The Political Aisle 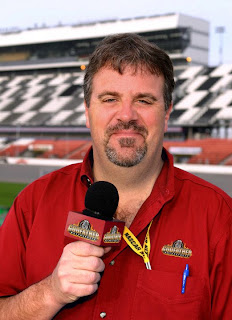 I am a non-combatant in the ongoing debate over gun rights.


I don’t own a gun, but I have no problem with those who do. I don’t hunt, but I have numerous friends and family members who are enthusiastic hunters. I mourned the senseless, horrific slaughter of innocent children at Sandy Hook (CT) Elementary School, while also believing that the solution to such violence is more complicated than repealing the Second Amendment and disarming America.


I’m not a member of the National Rifle Association, but I know plenty of people who are.  And from my position here in the middle, the debate over the NRA’s most recent sojourn into NASCAR has been amusing, in the extreme.


Six months ago, the NRA served as title sponsor for the NASCAR Nationwide Series "NRA American Warrior 300" at Atlanta Motor Speedway. Despite its aggressive name, the sponsorship generated little or no attention. Last week, they upped the ante a notch, announcing plans to sponsor next month’s “NRA 500” NASCAR Sprint Cup Series race at Texas Motor Speedway. In marked contrast to last season’s Nationwide Series effort, the “NRA 500” announcement has generated a veritable tsunami of attention, publicity and discussion.


Pro-gun advocates are high-fiving the sponsorship, while the anti-gun lobby howls with disdain. The various social media platforms are aflame with debate, argument and downright nastiness; all based on gun control, Second Amendment rights and the NRA. Gun control extremists have painted the NRA, Texas Motor Speedway and NASCAR as nothing less than accomplices to child murder, while the pro-gun lobby wraps itself – and NASCAR – in the American flag.
It’s all horribly overblown, and exactly what the NRA had in mind. 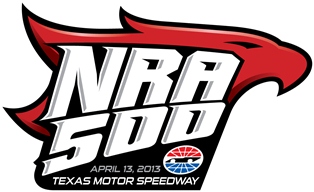 The National Rifle Association is one of the most powerful lobbying organizations in the country, spending millions of dollars to promote its point of view and influence elections and public policy. They are openly political, courting favor on Capitol Hill and turning their well-organized ire on elected officials who don’t see things their way.


There’s nothing wrong with any of that. In fact, it’s the American Way.


Apparently, however, the NRA’s openly political agenda is news to Texas Motor Speedway president Eddie Gossage, who told USA TODAY this week that the NRA 500 is “a sports marketing event… not a political platform." It was a truly baffling assertion, stunning in its naiveté, and produced the expected response from those on the “anti” side of the gun control debate.
TheNation.com writer Dave Zirin called Gossage’s assertion, “too disingenuous for words,” adding, “You could choke on this level of disingenuousness.”


Event sponsorship is the most basic type of transaction. You give me money, I’ll give you access to our fans and competitors. Simple.
The “NRA 500” is a political advertisement, no better or worse than an advertisement for any other product or service. Bass Pro Shops has been a NASCAR team sponsor for nearly two decades, backing a list of drivers that includes the late Dale Earnhardt, Martin Truex Jr., Jamie McMurray, Austin Dillon and Tony Stewart, and has served as title sponsor for a number of races over the years.


In case you hadn’t noticed, Bass Pro Shops sells guns. Lots and lots of guns. And yet, nobody on the anti-NRA side of this argument seems to have noticed. If they have noticed, they certainly haven’t cared.


Apparently, companies that sell guns are acceptable NASCAR sponsors, but an organization that supports their right to do so, is not.


Ridiculous.
Last month, Michael Waltrip raced in the season-opening Daytona 500 at the wheel of a Toyota Camry that promoted a grassroots relief effort for the victims of the Newtown, Conn., killings. The point of that effort was to attract attention, garner publicity and spur people to meaningful action. The goals of the “NRA 500” sponsorship are no different.
By underwriting next month’s race, the NRA hopes to attract attention, garner publicity for its platform and spur new supporters to action. In that effort, they have already succeeded beyond their wildest dreams.
While still nearly a month away, the “NRA 500” is the most-discussed topic in NASCAR today, supplanting even Danica Patrick from the headlines, at least temporarily. When is the last time a race sponsor got this kind of “pop,” a month in advance?
It’s unprecedented.
Gossage said he doubts next month’s “NRA 500” will change anyone’s mind on gun control, and in that belief, he is not alone. Sen. Richard Blumenthal (D-Conn) told Smoking Gun writer Patrick Hruby this week, “There's nothing illegal or immoral about the NRA supporting NASCAR, but they're wasting money if they think they are going to persuade Americans that their opposition to sensible gun violence measures is justified.


"Making sure there are no more Newtowns won't depend on racing sponsorships,” said Blumenthal. “I hope Americans will make decisions about gun violence based on real-life evidence, not advertisements."


The NRA apparently disagrees, as evidenced by their decision to spend a reported $1 million dollars to sponsor the “NRA 500.”


Ironically, Gossage took action this week to insulate drivers and race teams from potential anti-NRA backlash, announcing that the winner of the “NRA 500” will not be required to don a cowboy hat and fire a pair of six-shooters in Victory Lane, as they have in the past.


Apparently Gossage does get it, after all.
Posted by Dave Moody at 12:45 PM