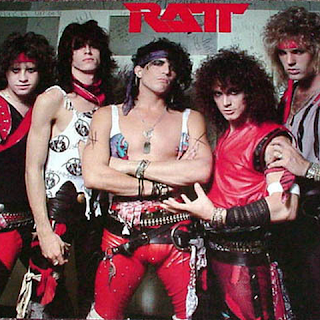 Los Angeles-based rockers RATT will get race day started in classic rock-and-roll style at Auto Club Speedway on Sunday, March 24 when they perform a pre-race concert beginning at 10 am on the FanZone main stage.


Hard rockers Stephen Pearcy (vocals), Warren DeMartini (guitar), Bobby Blotzer (drums), Juan Croucier (bass) and Carlos Cavazo (guitar) – will perform hits including "Round and Round," “Wanted Man,” and “Lay it Down” as well as many other fan favorites, shuttling listeners to a time when metal ruled the earth and real musicians wore eyeliner like a badge of honor.
This year, RATT is preparing to enter the studio and begin work on what will be their eleventh studio album, expected to drop later this year.
RATT released their self-titled first album independently in 1983 and never looked back. Their first major label release, Out of the Cellar proved a multi-platinum breakthrough and was subsequently followed by more platinum smashes including Invasion of Your Privacy (1985), Dancin' Undercover (1986) and Reach for the Sky(1988).
To get your fix of RATT-and-Roll, you must have a ticket to NASCAR’sAuto Club 400, March 24. And to purchase a ticket, call 1-800-944-RACE (7223) or visit www.autoclubspeedway.com.
Posted by Dave Moody at 4:02 PM