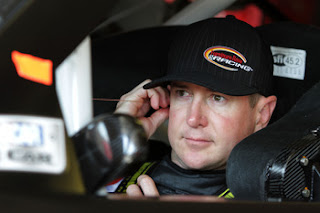 After a solid first qualifying lap at the one-mile Phoenix International Raceway yesterday, Kurt Busch's No. 78 Furniture Row/Beautyrest Chevrolet SS scraped the wall during the second lap, due to a malfunction in the coolant system.


The culprit for the loss of grip was a parts breakage in the coolant system that sprayed water under the tires, causing Busch to wiggle and eventually lose control of the car. “Kurt did a great job saving the car from further damage,” said team crew chief Todd Berrier.


The car was sufficiently damaged on its right side to force the team to go to a backup car for Sunday's Subway Fresh Fit 500 Sprint Cup Series race.


"The Furniture Row/Beautyrest Chevy steered to the right, brushed the wall and we'll be in a backup car come Sunday,” said Busch. “You would think after Daytona we would fare a little better. But right now we need to suck it up and battle through this adversity.”


Going to a backup car will result in Busch starting Sunday’s race from the rear of the field.


He was credited with the 25th fastest speed based on his first lap; turning the one-mile oval in 26.618 seconds at 135.247 miles per hour. The first lap is usually the slower of the two.