Gordon Says Penske Pushed The Envelope Further Than Hendrick In 2012 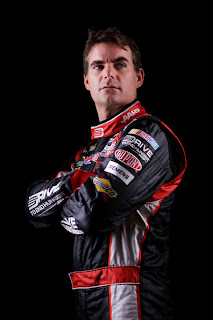 Jeff Gordon said today that he was surprised by the penalties handed down to Penske Racing this week for illegal parts in the rear end assembly of their race cars.


“I was a little surprised… because I feel like it’s pretty clear NASCAR’s stance on those types of components. I feel like over the last couple of years, they have really stepped it up on getting parts approved. There is usually a time frame where people start pushing the limits too far and then (NASCAR makes) a rule. Sometimes they wait for the off season to do that (and) that is where I see it this year. I feel like they’ve really made a stronger statement that `these components need to be approved.’ When they don’t get approved and go against the intent of the rule, they are going to act very strongly. This (penalty) obviously showed that.”
Gordon added that he was not surprised by the severity of the penalty, adding, “I think everybody was expecting it to be pretty harsh. We all feel like this… is not an area that you want to have pieces that weren’t approved by NASCAR.”
The former NASCAR Sprint Cup Series champion said he also believes Brad Keselowski has likely learned an important lesson about drawing attention to his team by criticizing NASCAR and other teams in the garage.
“If anything, Brad has probably learned a lesson on how far to take some of those statements and opinions, because they can come back to haunt you,” he said. “While those things were going on, we were putting our heads down and working. Those guys went to work, as well.
“Brad made those comments, but by the end of the year, their car was exceeding the skew that we were exceeding. NASCAR knew it was going on (because) the parts and pieces were approved. The parts Brad was talking about, we had approved through NASCAR. They knew what we were doing (and) I think they knew there were other teams doing more.
“It’s interesting how people from the outside (the garage) look at it,” he said. “(They ask, `what’s the difference?’ Well, there is a big difference from 2012 to 2013, and it’s all written in the rule book.”
Posted by Dave Moody at 5:25 PM