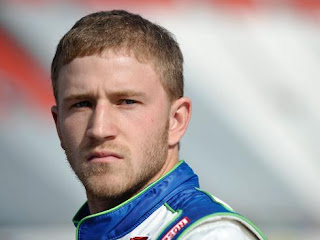 
“Richmond happens to be one of the few races that neither Kasey Kahne nor Brad Sweet are scheduled to drive the No. 5 car, because it’s not a Great Clips-sponsored race,” said JRM General Manager Kelley Earnhardt Miller. “Dale and I were discussing our options for that weekend (and) it was his idea to put Jeffrey in the car and let him drive our equipment. I loved the idea, and everyone in the company – as soon as they heard it – did too. It’s only a one-race deal but something that could really help Jeffrey if he does well.”
Earnhardt has competed in 14 career Nationwide Series races after making his first start on Aug. 8, 2009, at Watkins Glen International. He also has 10 starts in the NASCAR Camping World Truck Series, all in 2010 and 2011. This will be his first-ever start for JR Motorsports.
“My phone has been blowing up,” said Earnhardt today. “The response has been incredible. I received a lot of text messages and tweets from people in NASCAR, and the fans have been great. Between my grandfather, my dad, and Dale Jr., there is such a huge fan base that is very supportive of my family. I just appreciate the opportunity. I can’t wait. I wish the Richmond race weekend was tomorrow.”
Richmond International Raceway has been good to the Earnhardt Family over the years. Dale Earnhardt Sr. and Dale Earnhardt Jr. each have six wins at the 3/4-mile facility, and Jeffrey said he hopes to continue that history of success.


“My grandfather and uncle have a lot of great history there,” he said. “They’ve won a lot of races, and they’ve also been in races that didn’t go their way, but were great finishes. I’ve never raced at Richmond, but it’s a short track and I love short tracks. Short tracks neutralize the field by putting more emphasis on driver ability. I have the ability, and I want to make the most of this opportunity. In the coming weeks, I’ll talk to a lot of drivers and people within the organization on how to race that track.


“And who better to get advice from than Dale Jr.? He knows Richmond better than anybody.”