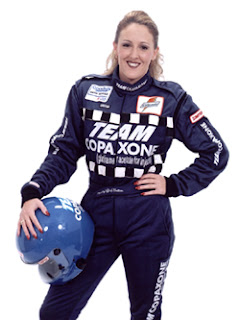 
Sutton was a passenger on a 2008 Harley Davidson motorcycle driven by 55-year old Robert G. Wells of Crownsville, when it struck a cement median on Veterans Highway at a high rate of speed. Wells was transported to Baltimore Washington Medical Center, and later died from his injuries. Sutton, 41, sustained severe injuries and is listed in critical condition Monday at Baltimore Shock Trauma.
Authorities say speed and alcohol appeared to be contributing factors in the crash.
Sutton made 54 Truck Series starts from 2003 to 2007, despite being diagnoses with multiple sclerosis in February of 1988, at age 16.
Posted by Dave Moody at 9:59 AM