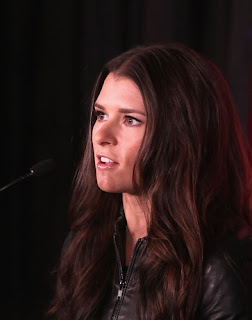 Danica Patrick said today that while she is looking forward to tackling the Martinsville Speedway short track for the first time, she has little idea what to expect.


“I haven’t been here, (but) I have a feeling it’s going to be really challenging and probably a little overwhelming at first,” admitted Patrick. “We tested at Little Rock a few weeks ago and I think that will probably serve me well and gave me at least a feel for what it is like on these really tiny tracks.


I’m not really sure what to expect yet, but I’m going to go over and see Tony, see what he says and take some recommendations on what to do.”
Patrick said Goodyear’s decision to build a new tire for this weekend’s race impacted her ability to test at the Virginia oval.
“We were going to test here around the Little Rock time, but they changed the tire right before we came and everybody sort of aborted that mission,” she revealed. “At least that’s my understanding. So, we were going to test here but that didn’t work out.”
Team owner Stewart said recently that he looked forward to watching Patrick tackle the challenging Martinsville track, saying her transition could be amusing to watch.
“I don’t know what to expect,” she admitted. “It might feel like when I drove a Nationwide car for the first time at tracks I hadn’t been to. All I do is look in my mirror the whole time for what’s going on. Am I going to go out there and be just fine, or am I going to go out there and be a total disaster?
“It makes me happy that we went to Little Rock, just (to) get an appreciation for how quick the corners come up. You also get an appreciation for the line and how the tires come up to pressure and how the car changes. I’m not going out too far behind (Tony), and he’s pretty good. I’ll be looking around, trying to see where the line is and see where to go.
“Being here for the first time and understanding how challenging it is, I feel like it’s only up from here. I have no doubt that it will be a hard day, but I’m also of the belief that it can also be a really fun day. A good car is a good car. If it’s good and it’s hooked up and its turning… there’s no reason we can’t have a decent day. There’s also no way to know if it’s going to be different, because I haven’t been here before. Being a rookie and kind of getting shown the ropes…you just have to stand your ground. Nothing works better than driving away from people.
“We’re going to be working toward a car that will do what I want it to do and be comfortable. We’ll just see how it shakes out.”