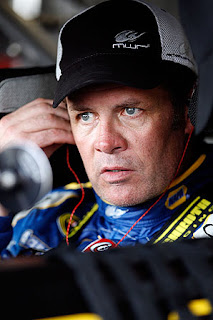 Michael Waltrip returns to the driver’s seat of the No. 55 Aaron’s Dream Machine Toyota at Talladega Superspeedway Sunday in the Aaron’s 499 NASCAR Sprint Cup Series race.


The two-time Daytona 500 champion’s car will carry a special paint scheme honoring the 2012 University of Alabama’s BCS National Championship football team. Waltrip will sport an Alabama firesuit and a specially painted helmet similar to the school’s football helmet. Waltrip, winner of the Talladega fall race in 2003, nearly won the October race before a last lap wreck.
“Every time I go to Talladega, I have a lot of confidence because of all the success I have had there before. I have been able to win there and I came pretty close to winning there last year. It’s awesome going to a track that you know you have a chance to win. For me, this weekend, it’s all about putting that No. 55 Aaron’s/Alabama National Championship Toyota into Victory Lane.
“It’s going to be really fun to race the Alabama National Championship car this weekend,” he said. “There are a lot of passionate fan in that part of the world that love Alabama football and NASCAR. It’s a special opportunity to mix the two together. I really look forward to representing all the Alabama fans this weekend in Talladega.”
Posted by Dave Moody at 4:08 PM