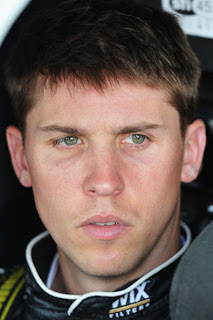 Alyssa Doane did not celebrate New Year’s Eve with friends and family as she had hoped. December 31, 2012 was the first of 28 consecutive a days she spent in the hospital fighting cystic fibrosis.


Stricken with a sudden illness that resulted in dangerously low lung function, fevers and unexplained rashes, she spent much of that time in intensive care. It also caused her oxygen levels to drop.
While Alyssa is now at home on IV antibiotics, she is still recovering. “It has been a very slow return, and CF is so unpredictable that we will not know just how far she will recover,” said Christal Doane, Alyssa’s mother. “She has had to fight her way back to be able to even stand again without help.”
Alyssa, a 13-year old 8th grader at Stonewall Jackson Middle School in Hanover County, Virginia, was diagnosed with CF just shy of her second birthday and has spent over a year of her short life in the hospital. “When we got the news (of her diagnosis), my world stopped moving,” Christal said. “The thing…about CF that rang in my ears was those kids don’t live very long, and they suffer.”
Cystic fibrosis is a genetic, life-threatening disease that coats the lungs with thick, sticky mucus. It also attacks the digestive tract and other areas of the body. There is no cure.
For those not familiar with CF, Christal explains, “Imagine that your baby catches a terrible cold with a cough, fever and stomach issues…Now, imagine the doctor saying your baby’s cold will never go away, and you will have to fight to keep it healthy.“
Alyssa’s rigorous daily treatments and therapy to keep her lungs clear takes about four hours. In addition, she takes a lot of medication and tries to eat well. “I had to get a feeding tube because I couldn’t eat enough food to get all of the calories I needed,” Alyssa said. “A lot of times I have to do IV antibiotics at home to keep infections in my lungs under control.”
“Kids shouldn’t have to spend their entire lives fighting such a terrible disease,” said Denny Hamlin, driver of the #11 FedEx Toyota on the NASCAR Sprint Cup Series. “It breaks my heart each time we lose someone to CF. This is why I started the Denny Hamlin Foundation.”
If her health allows, Alyssa and her family will attend Hamlin’s Short Track Showdown Presented by FedEx on April 25, 2013 at Richmond International Raceway. Proceeds from the race will go towards a $150,000 grant announced last year to the Cystic Fibrosis Research Lab at the Children’s Hospital of Richmond at VCU.
“We will find a cure,” Hamlin said, “every little bit helps.”
Alyssa acknowledges, “Although CF is hard, I love my life.” She is an amateur photographer and artist, and enjoys spending time with friends, family and her new puppy, Rosie.
For Alyssa, the biggest challenge with having CF is the hospital stays because they force her to “miss special things.” She said it was also hard to miss school.
With strength and courage beyond her young age, Alyssa fights CF with hope and faith. “I get through my most difficult days because I know how many people love me and care about me, and I know that God has a special plan for me,” she said.
“Sometimes you can’t stop what happens, and that will make you mad, but you can’t let it stop you from being a good person,” Alyssa said. “I pray a lot and that also makes me stronger. The struggles are hard, but I know that a cure will be found.”
Hamlin shares the confidence that a cure will be found. “We are so close,” he said.
Hamlin also finds Alyssa to be an inspiration. “She motivates me to face my own challenges head on and to do what I need to do to get healthy,” he said about his own recovery from the L1 compression fracture in his back he suffered on May 24 in a crash at Auto Club Speedway in California. “I found out what it’s like to not be able to breathe, and that was just for a few minutes. My back will heal. I can’t imagine struggling like that for my entire life. She is a brave girl.”
Christal said that CF has made their family stronger and taught them to value things that are often times overlooked. “We are thankful for every birthday, every laugh, every cry, every minute. The most trivial things mean a lot to us. We are hoarders of memories,” she said.
Christal beamed with pride when she mentioned a recent conversation with her daughter. Alyssa told her, “I’m not happy that I’m sick, but I am happy that God chose me because I wouldn’t change anything even if I could. If I didn’t have CF, there are so many amazing people that I wouldn’t have met, and things I would never know, and I can’t imagine my life without all of those people in it.”